This series is based on drag legend Miss Coco Peru’s long-running live fundraising events where she sits down for intimate conversations with beloved Hollywood stars.

Coco appeared in the films trick, Girls Will Be Girls (Best Actress, Outfest, HBO Comedy Arts Festival), To Wong Foo, Thanks for Everything, Julie Newmar, Nick and Jane, Straight-Jacket, and Disney’s The Wild.

Coco has appeared on TV in How I Met Your Mother, Arrested Development, Twins, Will & Grace, New York Undercover, Detroit 1-8-7, several Bravo reality and clip shows, and comedy specials on Logo. Fans of all ages love her YouTube videos bargain-hunting and playing Grand Theft Auto. 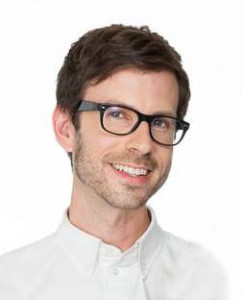 Raised in California’s San Joaquin Valley,  Jamison obtained his degree in Costume Design from California State University, Fullerton.  Jamison became an Associate Producer with Bill Brummel Productions in 2009. There his work included Bullied: A Student, a School, and a Case That Made History for the Southern Poverty Law Center’s Teaching Tolerance educational program, and Erasing Hate for MSNBC.

Jamison worked with World of Wonder on RuPaul’s Drag Race and RuPaul’s Drag U. He then produced the short documentary, Voices of Witness: Out of the Box, a film that highlights the importance of writing non-discrimination policies for gender identity and gender expression into the Canon Law of the Episcopal Church.

Together with producing partner Andrea James, he has produced Alec Mapa: Baby Daddy, which is airing on Showtime and HERE TV, and has recently produced the TV pilot Conversations with Coco. He lives in Los Angeles with his husband and son. 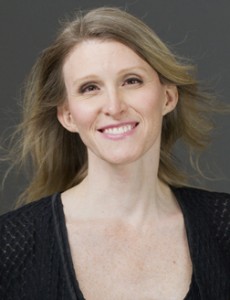 Andrea is a writer, director, producer, and activist. She earned an M.A. in English from the University of Chicago, then wrote ads for ten years at top Chicago agencies. She authored tsroadmap.com, a how-to guide for transgender people, and hairfacts.com, a guide to hair removal.

In 2003, she co-founded Deep Stealth Productions with Calpernia Addams, creating numerous instructional videos. Their first all-transgender performance of The Vagina Monologues, mentored by Eve Ensler and Jane Fonda, was featured in the documentary Beautiful Daughters.

Andrea consulted with Felicity Huffman and is the opening shot of the 2005 film Transamerica. Andrea also directed the shorts “Casting Pearls,” “Family Restaurant,” and “Transproofed,” as well as many music videos and a Disney web series. She produced and appeared in Transamerican Love Story, co-produced the feature Living Things, and is a consulting producer on the Fuse series Transcendent. She has served on the Boards of Directors for TransYouth Family Allies and Outfest.

Together with producing partner Jamison Hebert, she directed Alec Mapa: Baby Daddy, which is airing on Showtime and HERE TV, and has recently produced the TV pilot Conversations with Coco.

The pilot episode starring Lily Tomlin has been filmed! A portion of proceeds for this for-profit media project benefit the Los Angeles LGBT Center.

Fans can still get involved here!